If you want to cover a song on an album you will need to obtain a MECHANICAL license. The good news is that user-friendly tools are available to help you get the licenses you need. If you are an indie artist, attorney with a hankering to release an album, church group, or other musical group… you can use the online licensing services offered by Limelight (at https://www.songclearance.com/) to obtain mechanical licenses.

A FEW POINTS ABOUT MECHANICAL LICENSES VIA LIMELIGHT:

A FEW OTHER POINTS TO KEEP IN MIND:

Would you have guessed that the song, ‘Happy Birthday to You’ generates an estimated $2 million dollars a year in royalties?  (and has earned this much annually since 1996)  It’s only eight measures long, spans an octave and was written for children …but it’s a big 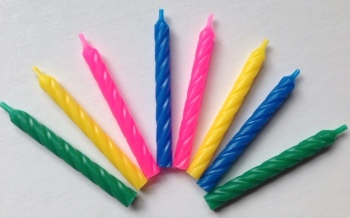 The song has appeared in over 140 movies, in countless advertisements for products ranging from cars to cereals to insurance to paper products and pet stores… and was featured in the world’s first singing telegram in 1933.   Royalties are earned for public performances of the song as well as its use in movies, television shows, advertisements, music boxes, theatrical productions and the like.  (Just an fyi… singing it around the dinner table or serenading your friend is a royalty-free private performance.)

‘Happy Birthday to You’ was written by two sisters… one was an educator and the other a composer.  They were knowledgeable about copyright law and took steps to register their work for copyright protection.  They may not have guessed that their song would become one of the most popular songs in the 20th Century…. earning over an estimated $45 million dollars to date.  (Spending $35 to register your music for copyright protection pays off –> http://t.co/ynaHCbX )

(Since this blog just celebrated its first birthday… this is a timely topic.)

Securing a license to include a song that you cover (ie a song written by someone else that you record) on your CD is simple and more affordable than you might guess.  For example, if you have recorded a Bruce Springsteen song that you want to include on your ‘soon to be released album’ then you need to secure a license to use the song.  Clearing cover songs has become simple with online licensing and royalty service providers like RightsFlow.